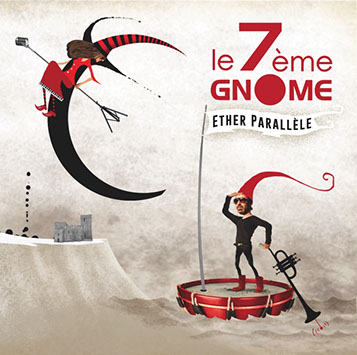 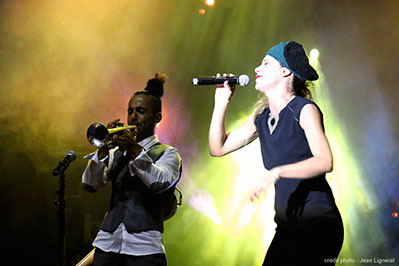 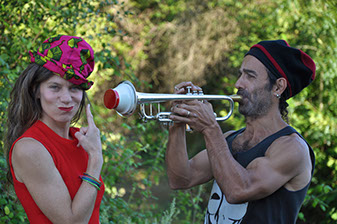 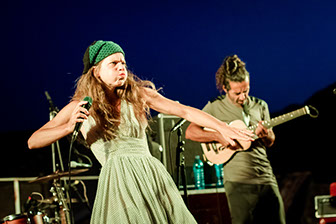 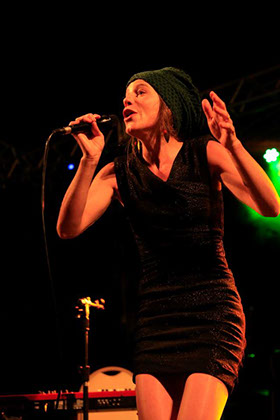 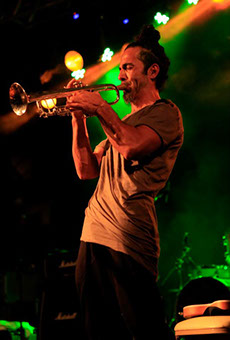 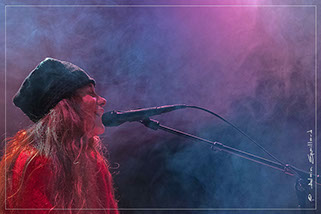 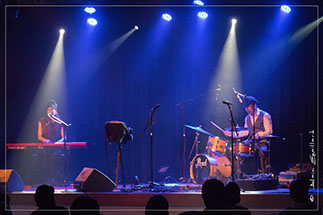 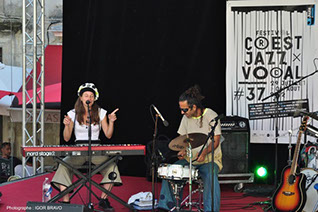 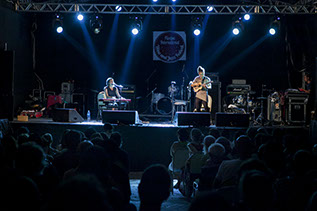 A unique and explosive duo

Le 7eme Gnome (the 7th Dwarf) is a Jazz-Pop gem, a duo filled with energy, groove and emotions. No matter what your age is, it is impossible not to be drawn into the original universe of this Chilean-French tandem. Although they are only two, the pair’s impressively rich sound is totally astounding. The two musicians deliver a performance astonishingly free from all conventions or dogmas, infused with a refreshing versatility and endless creativity. With equal joy, they mix jazz,  pop, world music, blues, soul, rock, Latin music and French tunes. It is indeed fascinating to see and listen to this couple, and witness their intense complicity, both on stage and in life, ever since they met in Paris about 15 years ago.

On stage, the 7eme Gnome delivers fresh improvisations imbued with a true sense of pleasure, as they generously share through their music a mix of humor, fantasy, beauty, and political commitment. Their unique style is one of extravaganza and originality.

Sibylle, a former actress who has been trained in clown techniques, is very expressive on stage, and displays an impressive vocal range. She has developed an incredibly flexible voice, capable of foraying in unexpected directions, thanks to her very special, fun spirit. Her vocal feats are all the more surprising considering she is petite. Still, with an outstanding energy, the singer expresses her music in a very physical way. As an accomplished musician, she scats playfully, then sets to play on her keyboards with passion, as an enthusiast of 70s-style synthesizers.

As for her partner Ismael, he takes on a unique and impressive musical challenge. A talented trumpet player, he moves gracefully on stage, as if dancing a very intricate ballet, alternating between  trumpet, drums, and electric guitar. He uses several effect pedals and two loop stations, which allow him to record sound sequences, and then synchronize them with a sampler and two drum machines. He manages a very accurate timing, and sometimes seems to be in two places at once. As he directs his own personal orchestra, he creates new soundscapes, and poetically blows dreams out of his trumpet.

Free as birds, Sibylle and Ismael travel with the wind, bringing their music on the road, in a nomadic lifestyle that suits them well. Since 2010, they have produced and interpreted no less than five albums. They compose together, with Sibylle writing lyrics in French and English, while Spanish lyrics are penned by Ismael. He also does the arrangements and the final sound mastering of their albums. Apart from their own compositions, the duo also enjoys adapting tunes from other artists. Relentless travelers, they are always planning their next trip, and are regularly on tour, either in France or abroad.

Their fifth album, « Ether Parallèle », was released on November 29, 2017, at the Parisian Jazz Club Sunset-Sunside, where they regularly perform.

In 2015, the 7eme Gnome was awarded the First Prize for Interpreters at the Truffe d’Argent festival, organised by the French national radio in Burgundy. In 2012, they also won the 3rd Prize from the Audience at Crest Vocal Jazz Festival. 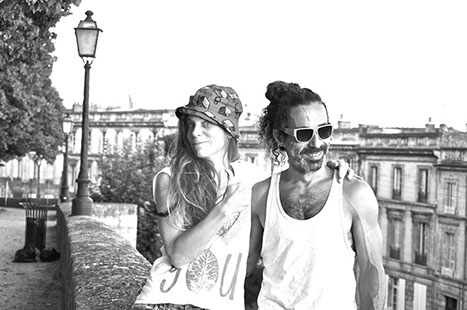 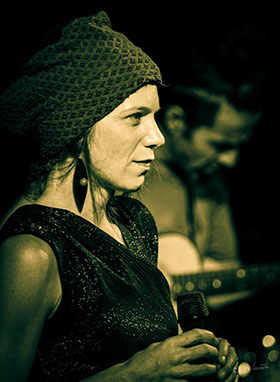 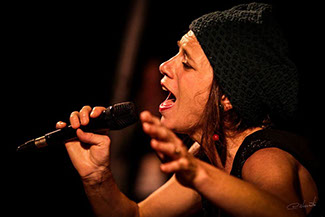 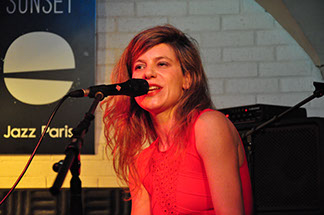 Sibylle started her artistic career as a clown.

Music has always been part of her life. From the age of 7, she cheerfully studied classical piano in a public music school in Paris region. Inspired by jazz music, she rebelled at age 17 against the strict rules and repertoire of the school, and followed her own way... in acting. At 19, she created the circus project « Pirouette en Bolivie » (Pirouette in Bolivia), and, with the support from the Unesco, got the opportunity to tour in the Bolivian Altiplano. Back in Paris, she studied Modern Literature and Performing Arts at Paris X-Nanterre University, but was always drawn to the circus’ large tents standing behind the Faculty. Once her post-graduation completed, she started her training as a clown at « Tralala Splatch - Théâtre Sauvage », a traveling theater company. That is when she discovered she had a talent for improvisation – both with voice and the body -, and could explore a universal imaginary language.

She then opted for a bohemian lifestyle and went on to study a variety of performing techniques : clown and buffoonery, butô dance, gesture theater, manipulation of objects, jugglery, stilts,  chromatic accordion... For several years, she worked as an actress in various companies. In 2004, the burlesque musical performance « La Do Mi Nations », which she wrote in collaboration with Ismael Galvez, was awarded the Paris Jeunes Talents Prize. This allowed them to travel to Port-au-Prince, Haiti, and perform around the island with the support of the Alliance française and Institut Culturel Français. This marked the first of a series of successful collaborations with her future husband, Ismael.

A turning point in her career was a world music singing workshop, where she discovered her own voice. Gradually, she set on to explore jazz singing, in particular, scatting techniques. From then on, she decided to focus entirely on music, and soon started performing. She sang in Jazz and Latin bands, in a range going from trio to sextet. As an experienced busker, she performed around  France and Europe.

Today, Sybille is a self-taught artist who is always studying and training her voice, as well as composing and songwriting in English and French. She also takes part in workshops with jazz singers or voice coaches such as Michèle Hendricks, Guislaine Delassus (at the Nadia et Lili BerangerSchool in Paris), Letizia Morelli and Sonia Alvarez.

Along with Ismael Galvez, she has founded the band « 7eme Gnome » (The Seventh Dwarf) and has recorded five albums to date. She also composes for other artists, such as the track "Wide Breath" for the documentary film « Nez sous une bonne étoile » by Céline Kélépikis, or the track « Petite Tortue », for the album by Michèle Brousse « La Madone des Paumés ». She has also recorded several soul-pop covers for the French videogame studio Ubisoft  (Amy Winehouse, Britney Spears, among others).

Ismael is a self-taught artist born in Chile. Always on the road, he is a talented trumpet player, guitarist, drummer, songwriter, composer and arranger known for his curiosity and audacity.

At a very young age, he felt drawn to music, and despite a relative cultural apathy during the 1980s   in a submissive Chile still under a dictatorship, tried to learn music in all ways possible. He started playing the guitar at the age of 12, and a few years later, learned the trumpet on his own, which had been a secret dream. He then studied Sound Engineering and Anthropology in Santiago,  but discovered the hardships of making a career in music without having grown in this milieu. He then packed his trumpet, and left Chile to study Ethnology in Mexico, D.F. There, he discovered a much more open society, with an extraordinary rich cultural and musical heritage. His passion for music was confirmed, and so he left aside Anthropology studies to engage exclusively as an auditor at Mexico’s Escuela Superior de música, in the Jazz section.

For the following five years, he worked as a trumpet player in several Mexican bands, before leaving again and settling down in Paris. There, he went on with his musical career and delved into electronic music, in particular studying electroacoustics with Prof. Gino Favotti at a public music school in Paris. He also did several training sessions to master sound treatment software (Ableton Live, Expert, Max for Live, among others). Ismael started to compose soundtracks for several theater, dance and circus companies, and was hired as a trumpet player for the Cirque de Paris («Une journée au cirque», A Day at the Circus) for two years. He simultaneously worked with several jazz and pop bands, and as a musician in recording studios.

Always curious to learn new things, he has studied drumming classes with Philippe Gleizes, and guitar  with Yves Brouqui. Since 2010, he has been dedicating his time to his band with Sybille Jounot, Le 7eme Gnome. He spends hours experimenting on his acoustic and electroacoustic instruments to create his own musical configuration, alternating between trumpet, guitar, drumming, loop stations, samplers, drum machines, and guitar effects pedals. Ismael is in constant musical exploration, always looking for new sound textures, arrangements and atmospheres. 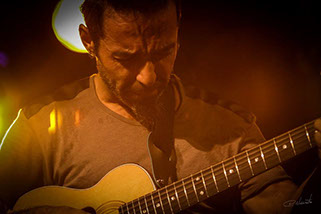 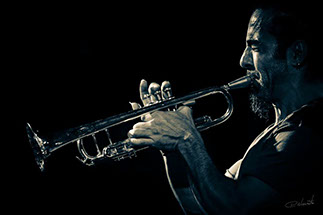 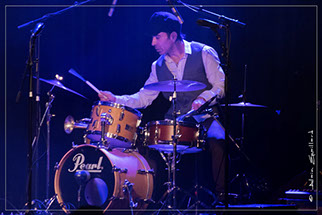 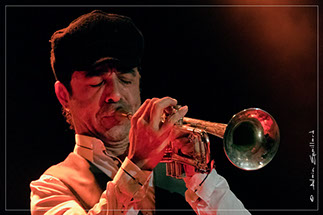 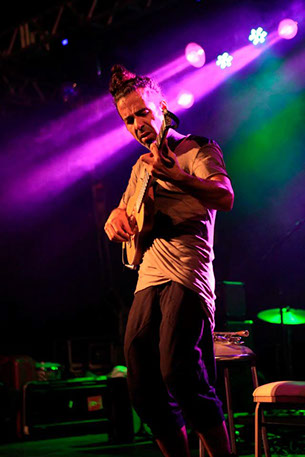 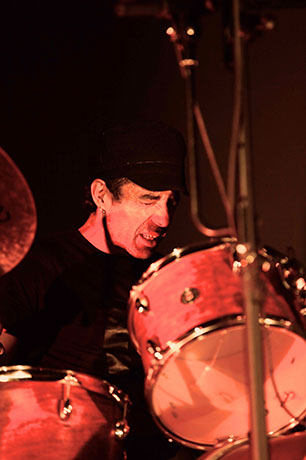 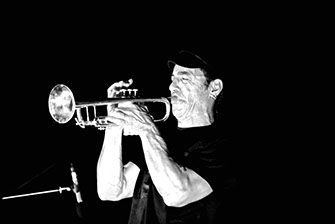 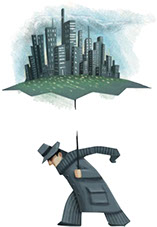 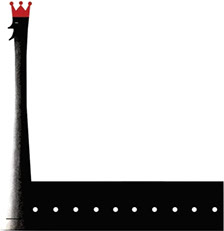